SUNDAY Feburary 15, 2009
This page shows only limited number of posts at a time. For more videos or posts please click on the "older posts" at the foot of the page.

An Exile All His Life By Murli Melwani. 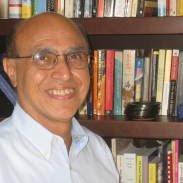 .(Remembrances of things past present a bouquet as Father’s Day approaches – Author’s Note)


“Fire! Fire! Come out. Hurry. Out of the shop!” A group of young men rushed into the store, belted out the warning and dashed out to alert the other store owners on G.S. Road.

We ran out, my father, my brother and I. Panic and confusion ruled the street. We were bumped by people running in all directions. The vision that met me remains etched on my mind: sharp tongues of fire licking the wooden frame of Nagi’s auto parts store next door. In fact all the shops in this earthquake-prone town were made of wood. Although Nagi’s auto part store was separated from ours by a stairway running down to the warehouses below each store, I realized that all the shops along G.S Road were in danger of being gutted if the fire brigade didn’t arrive in time.

My father rushed back into the store and told the sales assistants to start emptying the shelves.

“Spread sheets on the ground and put the goods on them,” he said, pointing to the sidewalk on the other side of the road

People materialized out of nowhere, and in keeping with the fraternal nature of relationships in a small town, began to help store owners ferry goods across the road and dump them on the sidewalk.

Before we could empty our store, it was on fire. It was too hot to stay next to the mound of merchandise lying on the sidewalk. We moved away, sat on the steps of a nearby hotel and watched thirty years of my father’s hard work being reduced to cinders. To add to our misfortune, our store was under insured.

My father, Herkishendas Sobrajmal Melwani, believed that his lot was worse than that of the Sindhis who were forced to leave Sind because of Partition. He left it voluntarily, but the events that occurred after that departure did not allow him to return even for a brief visit. Thus, he considered himself an exile all his life, during which he carried the burden of the exile: memories and nostalgia.

He shared these moments with us, his children, as we were growing up. He would talk about how people took the air in the evening at a place called Gidu Bandar in Hyderabad. He would tell us how with a "pie", a coin now obsolete, which was a small fraction of a rupee, one could buy a packet of pakoras; for a "payso", a larger fraction, grocery for a day. He gave these examples as a way of painting his birth place as a Sindhi’s utopia: luxury at a reasonable cost.

He recalled riding in his father’s horse-drawn carriage, the prized mode of transportation of the landed gentry. He shared the pain of losing the carriage when his father’s speculation on the Karachi stock market led to the sale of the parental lands. This was the event which led my father to seek his fortune outside Sind. He was in his late thirties at the time. He left behind my mother, my two older sisters, and a just-born son (me) in Hyderabad.

The year was 1939. He went on a two year contract to serve the Lalchand Dhalamal group of companies. World War II broke out a few months after that, and when his contract was about to expire, his employers, impressed by his honesty and loyalty, asked him to open a retail store in Nainital on their behalf. The hill station of Nainital sprang into prominence during the War as an R & R station for British troops. The store was called S.Lalchand. The store became a cash cow in no time. My mother and we, his children, joined him in 1941.

A year later, assured of my father’s skill at making a start-up zoom, the directors asked him to open a similar store in Shillong, in a remote corner of north east India, where India, China and Burma meet. The store was given the same name: S. Lalchand. Shillong was a bigger hill station than Nainital and my father would often put in a 16 to 17 hour day, shutting the store sometimes as late as 2 a.m. The British presence continued in Shillong after the War ended and before anyone knew it, Sind fell to Pakistan during partition.

As business dropped drastically after the end of the war, S.Lalchand was put up for sale. My father was one of the takers. Out of consideration for his years of service, the directors agreed to my father’s arrangement: a down payment that consisted of his entire savings, and the balance in monthly payments over a specified period of time. The store was renamed Lalchand’s. He continued putting in long hours in order to meet his monthly commitments. His hard work paid off.

In the fifties schoolchildren in Shillong sang a ditty in the local language, Khasi. The translation goes something like this:

My mother buys cloth at Lalchand’s.
The colors are fast, the colors are bright
My mother makes my uniform
I play, I read. Everything is right

Contact with the British made my father an anglicized Sindhi. He wore a three piece suit with a matching tie everyday to the store. People referred to my father as the man with the gold teeth: he had three of these on the left side of his mouth. He used his sense of humor to great effect, sometimes to calm an irate customer or defuse a tense situation.

Though anglicized, my father was a Sindhi at heart. For us children he always had a Sindhi "pahaka" in answer to any problem or situation we faced. One of his favorites was: "Sabe mey bhalo". I saw these words as a reflection of his positive attitude.

And now in 1967, when a total of 6 shops down G.S Road had been reduced to ashes, my brother asked him, “ Can you still believe in it: Sabe Mey Bhalo?”

“Now more than ever. Wait and see.”

Sympathetic friends took us, me and my siblings, to their homes for the night. The owners of a hotel gave my parents a room free of charge.

Early next morning my father, my brother and I stood surveying fabrics, garments and colors that had pleased the eye when displayed on shelves. Now they were an ungainly heap of goods on the sidewalk.

“We need to find a store soon. If the goods lie here longer the water damage will turn them into garbage. We can recover part of the cost if we sell this stuff fast.”

There was no store space on rent or lease. The only premises available were a hall on the second floor on Police Bazar. A retail store on the second floor was unheard off in Shillong. My father decided to take it, against all prevailing business logic.

We moved the goods from the sidewalk and spread them on the floor of the hall. We pasted posters round town:” Water-damaged goods going cheap.”

Moved by sympathy, shoppers made the effort to climb the steep steps to the second floor. They were happy to get deals. Within 4 days the usable merchandise was sold out. From the evening of the fifth day, my father made the round of the local wholesalers and bought goods on credit. The insurance company made a prorated settlement because of the under-insurance, but the amount, though small, was a help.

The first thing my father did was to pay our previous landlord the month’s rent that was owed to him. Some of the other store owners who had been affected by the fire had advised him to forget about paying the arrears, just as they had.

“For a Sindhi businessman, his reputation is important.I am getting all this credit because the wholesalers trust me.”

Carpenters began work on the shelves even as the rest of the store had the appearance of a flea market. At night, we slept on the floor. We bought a kerosene stove and cooked hurried meals between attending customers.

My father, brother and I painted the shelves for an hour every night after the store closed, as a way to save money – in a country where labor is cheap.

In time, customers got used to the idea of a retail store on the second floor. Slowly my father got back on his feet. Then his thoughts turned to arranging the marriages of his children.

He completed all his obligations. He loved Shillong where he had earned his livelihood and the respect of his fellow townsmen. But right till the end of his life my father talked about his memories of Sind. His greatest regret was that he hadn’t been able to visit it in 43 years, after his first departure in 1939.

Sayari Gipsy Palace, Udaipur in Lille
Uploaded by arnaud-azzouz
.... "The Gipsy Palace" at Maison Folie Moulin, part of festival Bombaysers de Lille. Where we presented a residence of 20 days to showcase and experiment all potentials from a strong 15 members group from The Sayari Circus from Udaipur. Dancers, musicians and performers who not only performed, but gave workshops of dance, music, tribal fashion and pictural arts. On the performance side, Philippe Tapp, a director of Sayari Entertainment, decided that a show would never be twice the same, and the experience from the first till the last day at the Gipsy Palace would be a continuous journey of complete improvisation and experimenting every day with a different show concept, content and set up. A true experience for both audiences, artists and technical team at Moulin ! 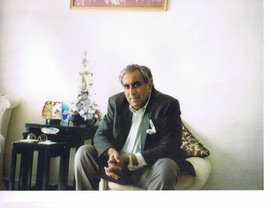